As the Vice President of Operations and Strategy, Stephanie oversees company operations and supports the leadership team on strategic initiatives and special projects.

Stephanie began her career in the nonprofit sector where she helped raise funds and produce events for various organizations including the UNHCR, Rebuilding Together, and Dancing Classrooms. Prior to joining Handshake, Stephanie worked for the New York City Mayor’s Office cultivating partnerships with private and public partners to raise the funds needed to execute over 50 community events a year. During the height of the COVID-19 pandemic, Stephanie supported several city agencies helping to secure PPE for medical workers, conduct wellness checks for homebound seniors, and coordinate COVID testing across NYC’s public schools.

Based in New York City, Stephanie spends her free time exploring the city with friends and trying new restaurants and traveling. Julia supports a number of client accounts where she is responsible for project management, strategy and content development, and event coordination.

Julia holds a Master of Public Health degree from New York University and has worked on various health-focused policy and education programs.

In her spare time, she enjoys rock-climbing, camping, and eating good food. Petra leads the consulting practice at Handshake and oversees a team that provides strategic counsel, executive positioning, partnership development, and market intelligence to companies seeking to integrate social impact into their core business.

Petra uses her passion for greater social good to bridge the gap between private, public and cause sectors, and helps courageous leaders build values-driven organizations that address some of the most important global challenges.

Petra joined Handshake in 2017 after spending a decade working in corporate crisis and reputation management with some of the world’s largest brands in the U.S. and Asia. 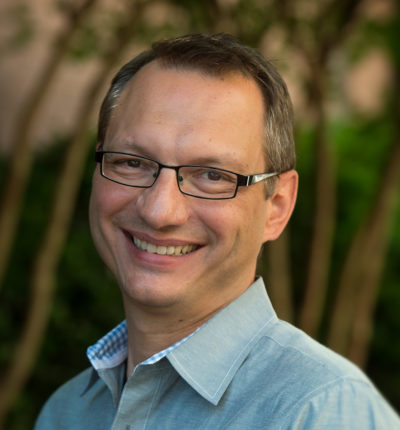 Mike Gogis joined Handshake in the beginning as CFO. Mike brings a unique mix of strategic business development and the ability to partner with creative visionary leaders to help foster profitable mission accomplishment.

He has a wide range of experience in the for-profit and non-profit sectors and the blending of achieving mission impact while delivering bottom line results. A CPA, his 25-year career includes roles in public accounting, as CFO of a global non-profit and as a consultant working with social good companies.

Mike is married and has two sons and currently resides in a quaint village outside Indianapolis. Rochelle conducts research, participates in strategy discussions and creative brainstorms across a variety of client accounts.

Previously, Rochelle worked in Private Equity where she focused on Sustainability, including ESG and CSR initiatives. She received her bachelor’s from the University at Buffalo, where she majored in Business Administration with a concentration in Finance.

In her free time, Rochelle enjoys traveling and spending time with her nieces, usually on a Claire’s shopping spree. JR’s enduring belief in the goodness of humanity, the need for compelling stories, and the reality that nothing gets done alone, led him to create Handshake in 2014.

Previously an advisor to the White House Office for Faith Based and Neighborhood Partnerships under former President Obama, Kerr served as the director of programming and curation for Chicago Ideas Week and worked with influencers and organizations such as the Bill & Melinda Gates Foundation, One Campaign, World Economic Forum, and UN Office for Partnerships and helped to launch Goal 17 Partners, a non-profit organization that works with private sector leaders, non-profit organizations, and governments to integrate the UN’s Sustainable Development Goals into business models and practices.

His career began in education and leadership, teaching classical studies and serving in a number of roles focused on the development of student leaders on college campuses. With master’s degrees in theology and cultural studies, JR worked in faith-based organizations focused on bringing justice and mercy to a world in need of both. He spent his weekends speaking to thousands of people about how the world must be made better and then spent the week working to make it so.

JR’s background and drive to be a leader in global impact was uniquely shaped by his relationship to his grandmother, a seamstress and shop owner, who immigrated to the United States from Nicaragua during WWII. He has launched various not-for-profits and social enterprises, among them, Traffik Free, a nonprofit to fight human trafficking in Chicago.

Any free time JR has is spent with his four kids and playing tennis. Prior to Handshake, Anne owned her own communications firm where she supported philanthropies, non-profits and social enterprises on strategy, executive positioning, media relations, social media and events.  She has served as Program Director of the Chapman Perelman Foundation, Communications Officer at Open Society Foundations,  Communications Director at Global Health Corps and worked at Rabin Martin and Edelman.

Anne graduated from Yale where she was captain of the Varsity Gymnastics Team and Ivy League All Around, Balance Beam and Floor Exercise Champion.

Anne is originally from Silver Spring, Maryland and lives in Brooklyn with her fiancé. Kathleen joined Handshake in 2014 after a decade building strategy, raising funds, and producing events for political organizations and non-profits. She worked for U.S. Senator Elizabeth Dole, the United Way of Metro Chicago, Bright Pink, a non-profit aimed at breast and ovarian cancer prevention in young women, and the Female Quotient. Kathleen has a BA in Government and an Executive Master’s in Global Strategic Communication both from Georgetown University.

Kathleen lives with her family between New York City and Normal, IL. She loves to travel and is an avid reader and political junkie. As a member of the client consulting team based in Brussels, Belgium, Emily leads client accounts with a focus on providing strategic counsel and solutions to navigate the global sustainable development ecosystem and build partnerships to drive lasting social change.

Emily began her career at the UN Foundation in New York, where she worked for over a decade with UN partners to drive special projects and partnerships to advance the SDGs. In 2019, she moved to Europe and worked as Director of Policy and External Relations at Women Political Leaders and as a consultant to Goal 17 Partners, before joining Handshake in 2021 She holds an MA in International Relations from King’s College London and BA in Political Science from Providence College.

Emily lives in Brussels where she continues her pursuit of French and loves traveling and engaging in different cultures. Maggie provides research and writing support across various client accounts and assists with social media monitoring and reporting. Maggie is a graduate of Colgate University where she studied environmental economics and was involved in a variety of sustainability initiatives. Maggie is globally focused and has lived and worked in both London, England, and Shanghai, China. Miu Suzuki (she/her) is the Director of Social Impact.

Prior to Handshake, Miu managed the Board of Directors at a healthcare non-profit that provides and advocates for sexual and reproductive health services. Miu holds a BA in Political Science and English from Amherst College. Lindsey oversees company operations and strategic priorities for the CEO.

Based in Washington, D.C. Lindsey and her husband spend their free time on outdoor adventures and traveling.